13.8 billion years have passed, but the universe is probably just getting started.

The first stars formed about 13.2 billion years ago, and most of the heavier elements—those that make up your body and most of what surrounds you—were formed in huge explosions as these stars burned out. 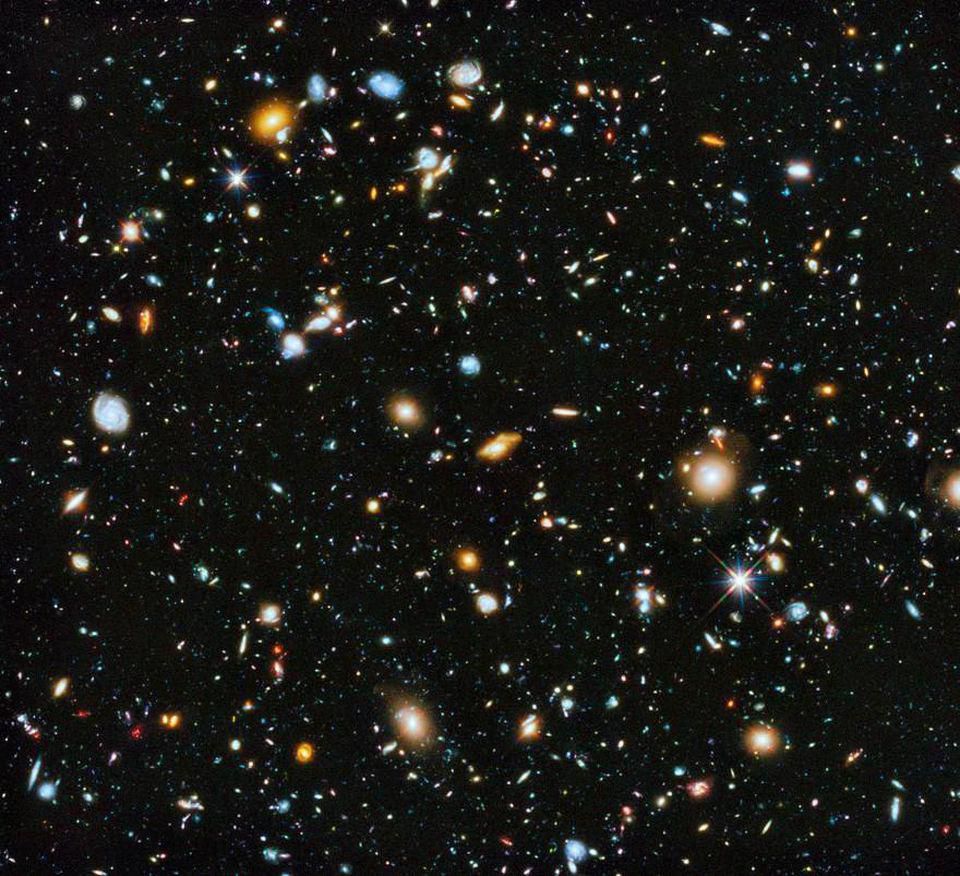 When you gaze at the night sky, the stars you can see are just a tiny fraction of those in the Milky Way. 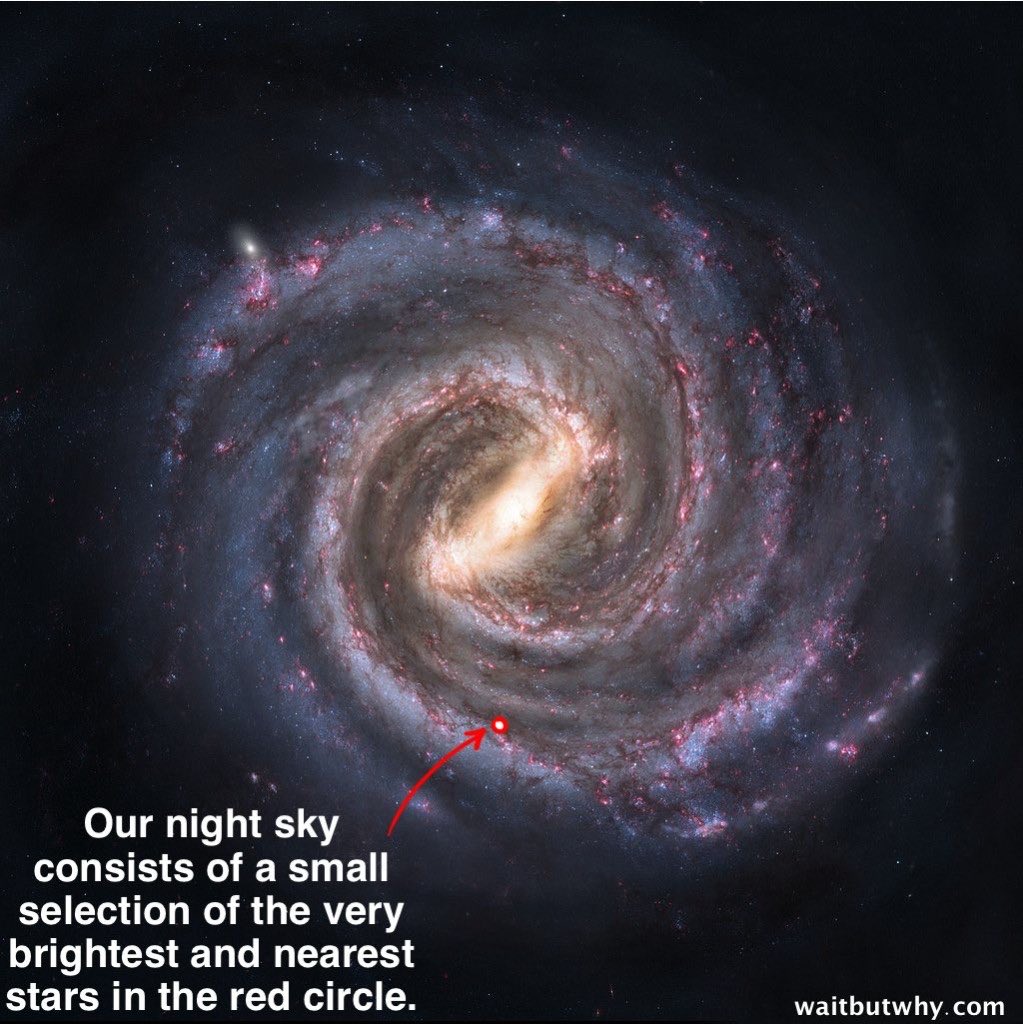 Want to get a better sense of how big a million is? See here.

The Agricultural Revolution took place between 5-10,000 BCE, and the major world religions emerged some 60-90 human generations ago.

About 200 years ago, Darwin realised that humans are survival machines—robot vehicles blindly programmed by the forces of nature to preserve the self-replicating molecules known as genes.

Around the same time, non-religious ethics began in earnest. Nietzsche, as quoted by Parfit:

At last the horizon appears free to us again, even granted that it is not bright; at last our ships may venture out again, venture out to face any danger; all the daring of the lover of knowledge is permitted again; the sea, our sea, lies open again; perhaps there has never yet been such an ‘open sea’.

About 108 billion humans have lived so far. People alive today have enjoyed and endured 15% of all the human experience there has ever been.

In terms of absolute material wealth, I am one of the most fortunate people to have lived. My access to knowledge and information is without precedent.

I am writing this from a small village in England.

If you look at world population and GDP over the last 12,000 years, you’ll see that the rate of change was slow, then modest, and then... 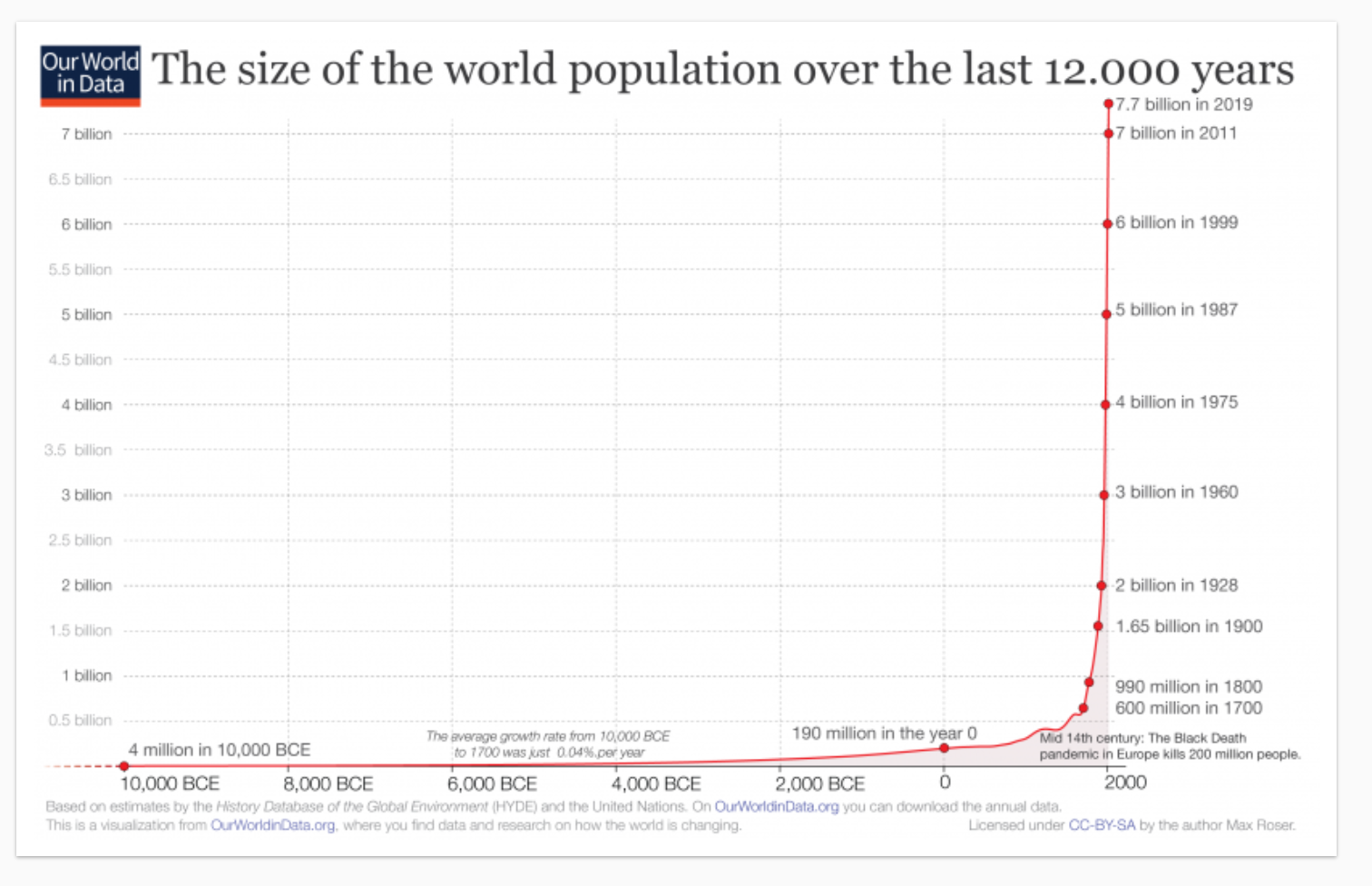 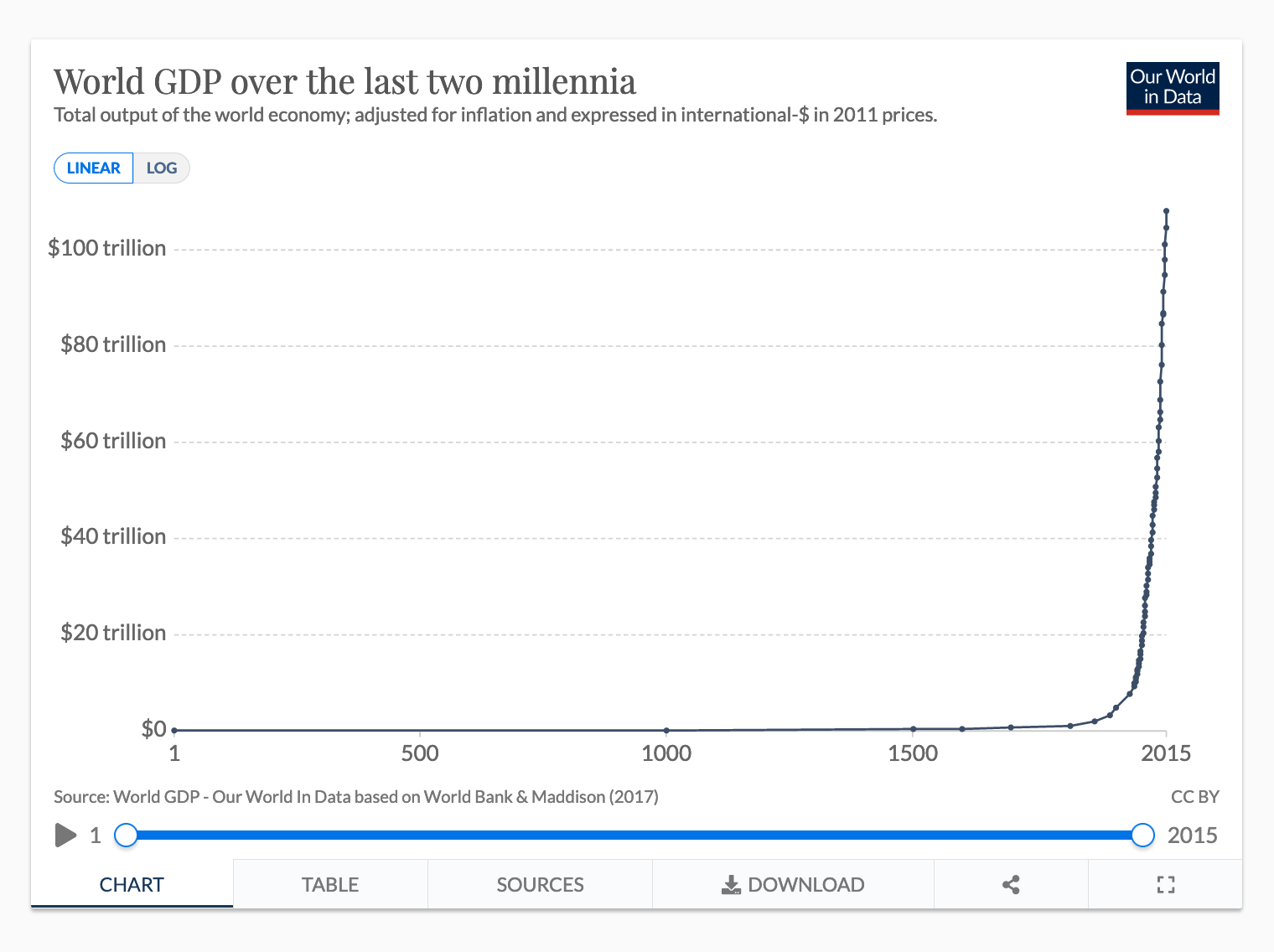 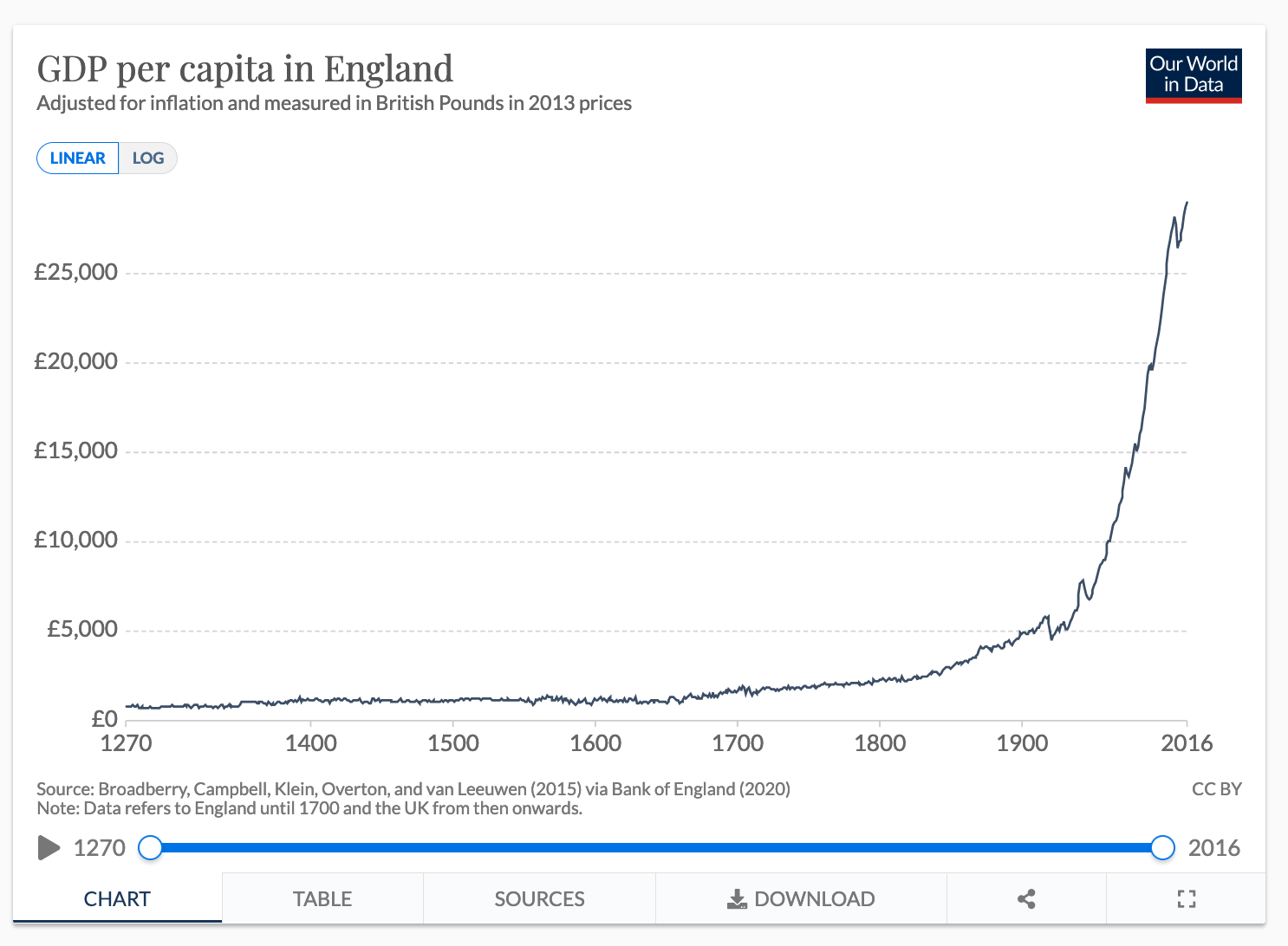 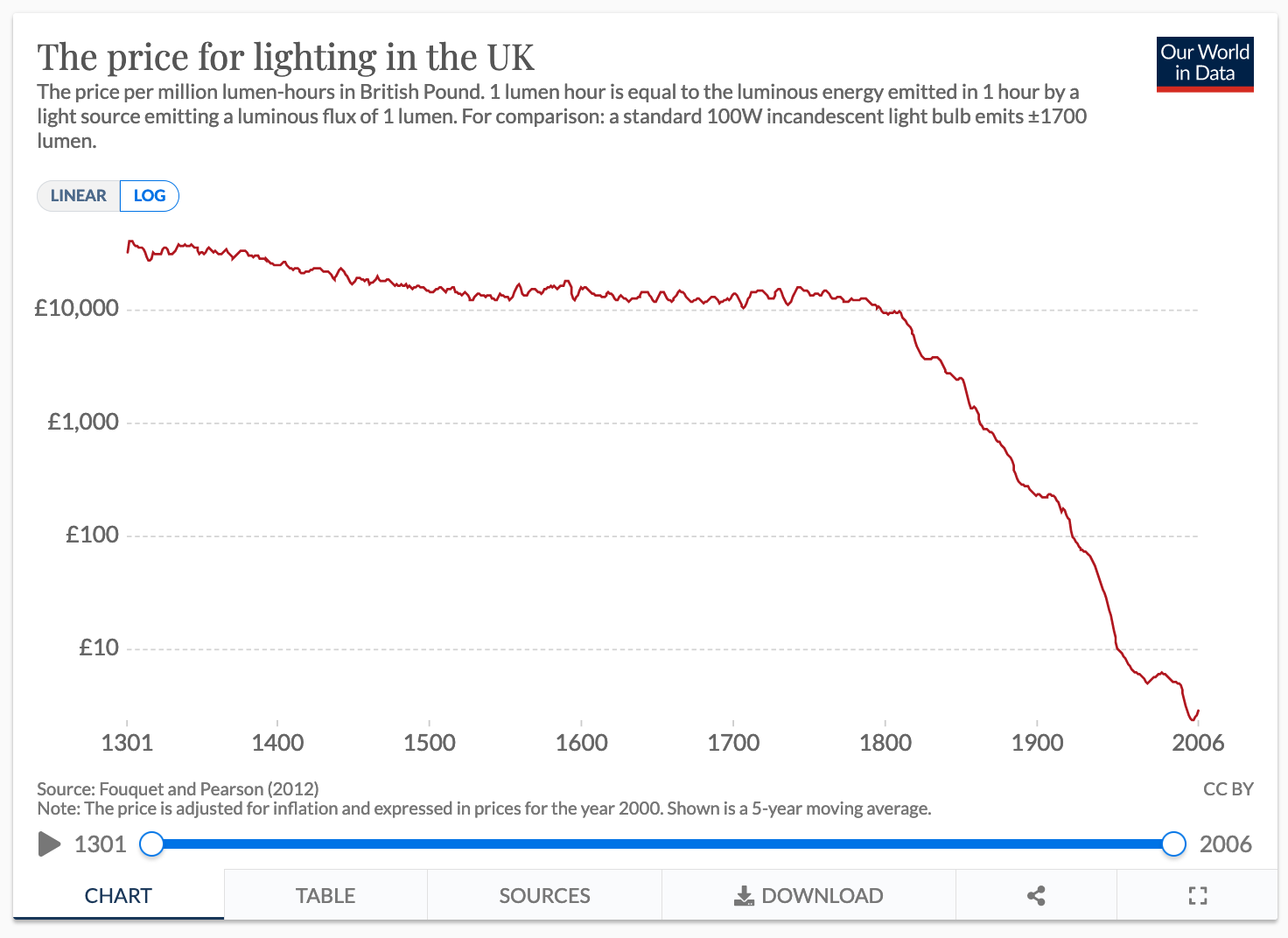 The human economy has grown super-exponentially. The bigger it has gotten, the faster it has doubled, on average. The global economy churned out $74 trillion in goods and services in 2019, twice as much as in 2000. Such a quick doubling was unthinkable in the Middle Ages and ancient times. Perhaps our earliest doublings took millennia.

Any system whose rate of growth rises with its size is inherently unstable. The human future might be one of explosion, perhaps an economic upwelling that eclipses the industrial revolution as thoroughly as it eclipsed the agricultural revolution. Or the future could be one of implosion, in which environmental thresholds are crossed or the creative process that drives growth runs amok, as in an AI dystopia.

The range of possible futures is wide. So it is our task as citizens and funders, at this moment of potential leverage, to lower the odds of bad paths and raise the odds of good ones. 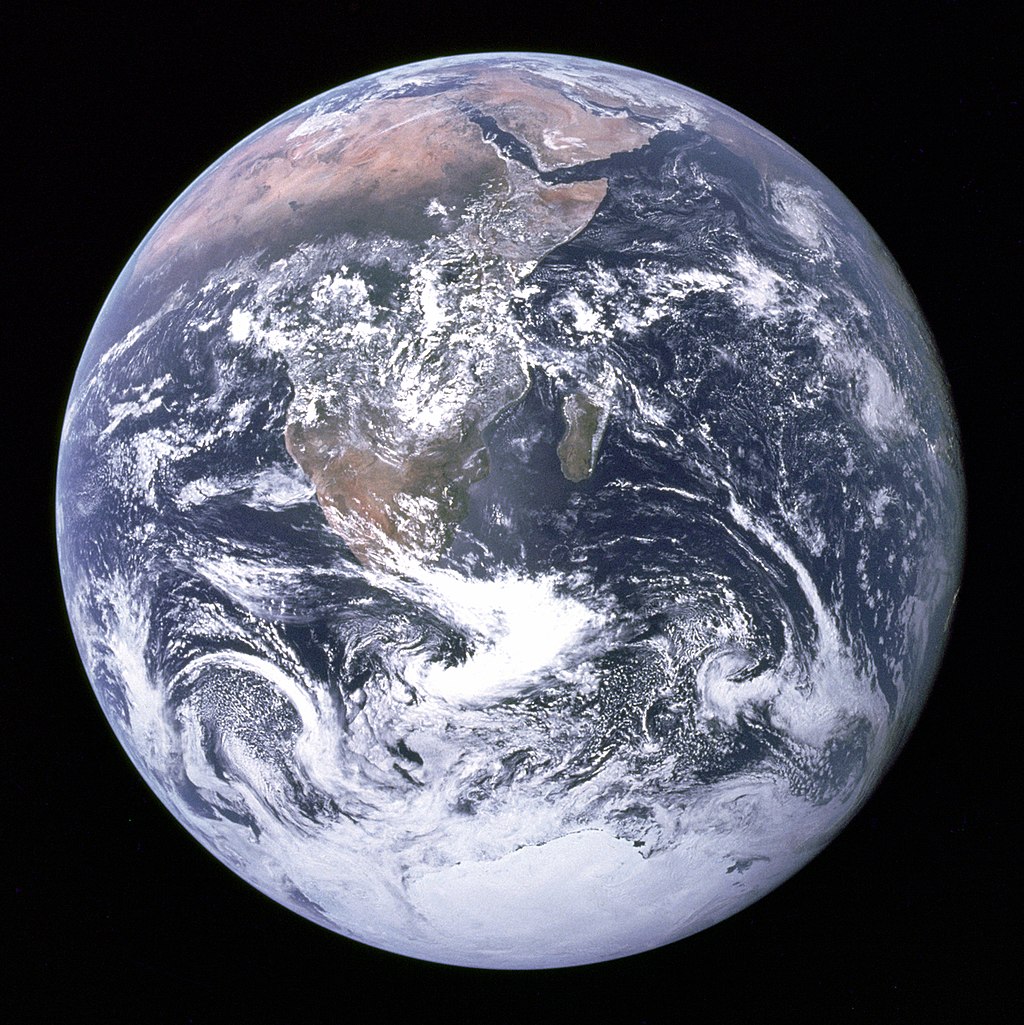